T4 Guy is a well reputed and active member of the T4 community, and organises many classic events, such as: 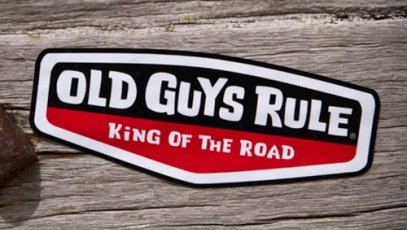 It’s fair to say that T4GUY and Junction1 Graphics have a good relationship with respect to producing event stickers.
This time T4GUY wanted a bigger graphics for his van, and requested a large Old Guys Rule graphic to place in the rear quarter aperture.

A few concepts bounced back and forth, playing with colour schemes, positions and sizes.

Whilst T4GUY looked for inspiration from his collegues, it was suggested there was a possibility to play on the the words, and hence the final logo was created, sporting the words ‘Old Guy Rules’.

The final design and colour scheme was confirmed, and Junction1 Graphics, cut, assembled and prepared the graphic, which was sent on to T4GUY for self application.

We think he’s done a great job sticking it on.