Prior to John Cleland driving the Calalier at Goodwood, that he historically raced in the British Touring Car Championship (BTCC), the graphics required re-juvinating, as the car had been used elsewhere.

Junction1 Graphics were privileged to be asked to to perform this task by Xero (now Orex)Competition.

All the graphics were replicated including: The windscreen banner including, cavalier and scotish flag, The vauxhall numberplate, the michelin splitter logo, weber alpha, mobil1, Autotrader number squares, ecurie ecosse side badges, yellow and black side detail. THE LOT.

Which was handy, as the car suffered a huge front end shunt at Goodwood. Something to do with John Cleland getting confused with the sequential stick shift opposing direction to the GT car he had recently driven, causing him to shift up the box, not down as he approached the corner.

Fortunately the car was repairable, and was returned to Mike Newton’s personal car collection. 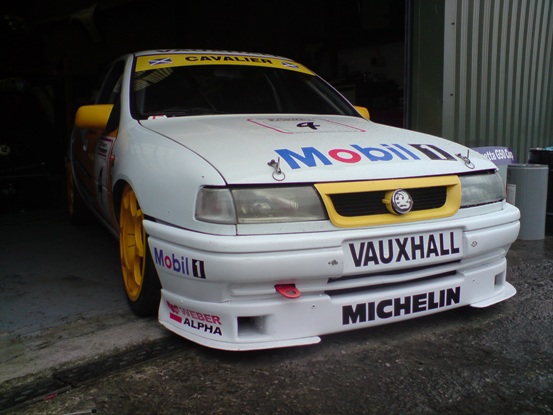 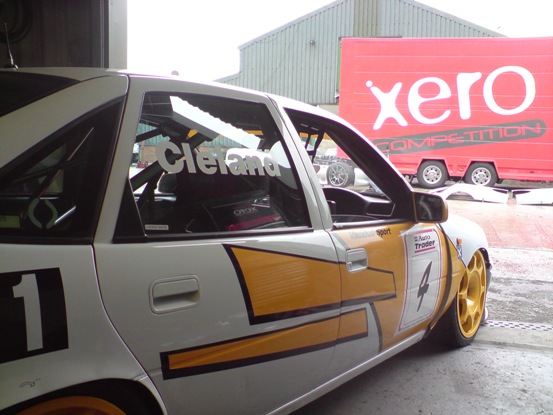 Further Xero Touring Cars had graphics applied by Junction1 Graphics, as they competed in the BTCC with 2 Lexus IS200 cars. 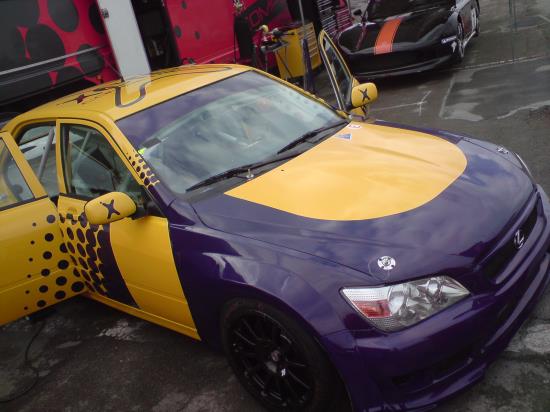