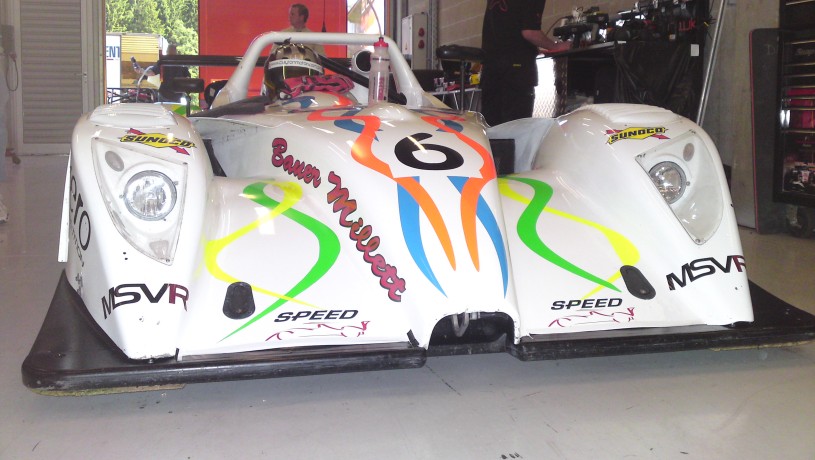 With most other race teams, using graphics which followed the lines of the cars, making them all a bit generic and predictable – all the cars looked the same, but in different colours. Xero opted to break up the lines of the car, and give the grid some variation, with a splash of some really bright flourescent colours! 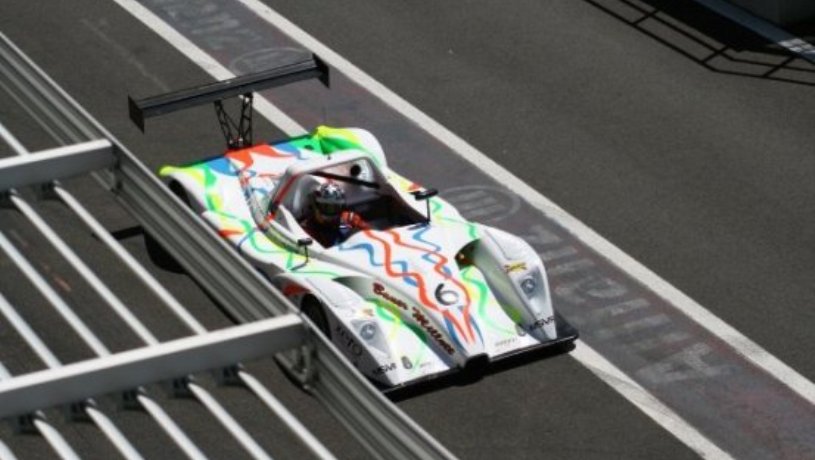 The design also differed from other cars in respect to the fact that the colours seem to flow backwards (where other cars would seem to see colours flowing from front to back, simulation flow over the car as it traveled at speed). The design on the Xero Ligier started off as block colours at the back and ran over the top and down the side to finish off as points at the front.

Very deliberate to look different in every way possible.

Xero ran 2 cars in this livery, (#6 and #7) with the graphics applied exactly the same of both cars. This made it possible to interchange the body panels, so if one car retired from a race with electrical issues for example, replacement panels could be sought from the retired car if the other was involved in a collision. 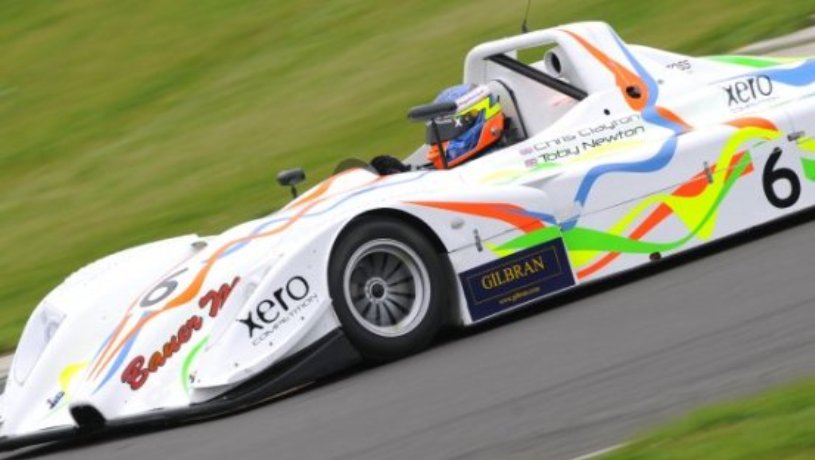 The car certainly caught the attention of spectators, yet still allowed plenty of space for additional sponsors to get their names noticed on the cars.