Some time ago i was approached by a customer from the VW Transporter community who asked me to apply some graphics to his van. A couple of stripes were cut and applied over the whole vehicle, and some stripes down the sills. It transformed a white van into something a little different.

A month or so later i was asked by another member of the VW T4 community to add some graphics to their caravelle. Yeah sure i replied and asked if they had anything in mind?
As the designs came through i was shocked and wondered what i had let myself in for – this was far from a couple of stripes!
Having applied liveries to various expensive race cars for the past 5 years, i wasn’t too concerned about covering most of the van… but these designs were something else!
So i was presented with the opportunity to make a huge graphic for a T4… how could i possibly say no?

I then spent several evenings vectorising the designs sent through to me, ready to be cut. Then imposing them over an image of the van and returning the image to the owner for confirmation.
The original colour specified was black, but after meeting the owner at a local regional meet up, i presented a sample of a metallic grey (anthracite) as an alternative suggestion against the silver of the van. The idea was sold, anthracite it was.
We set a date, and work began: 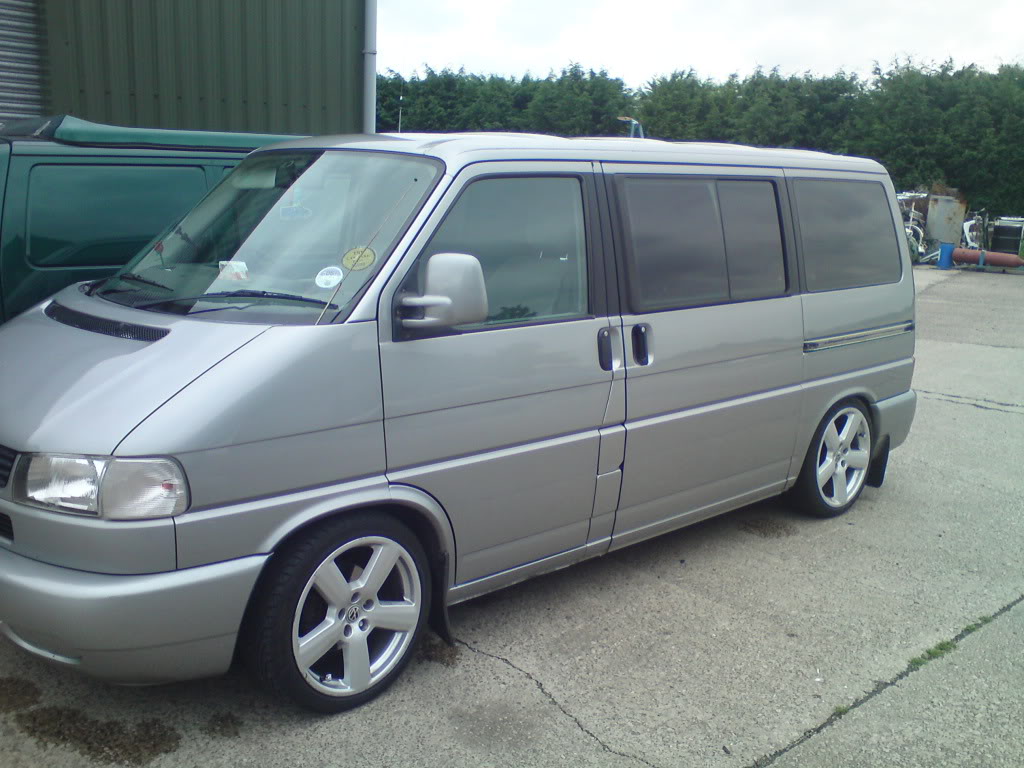 First the van was cleaned and polished: 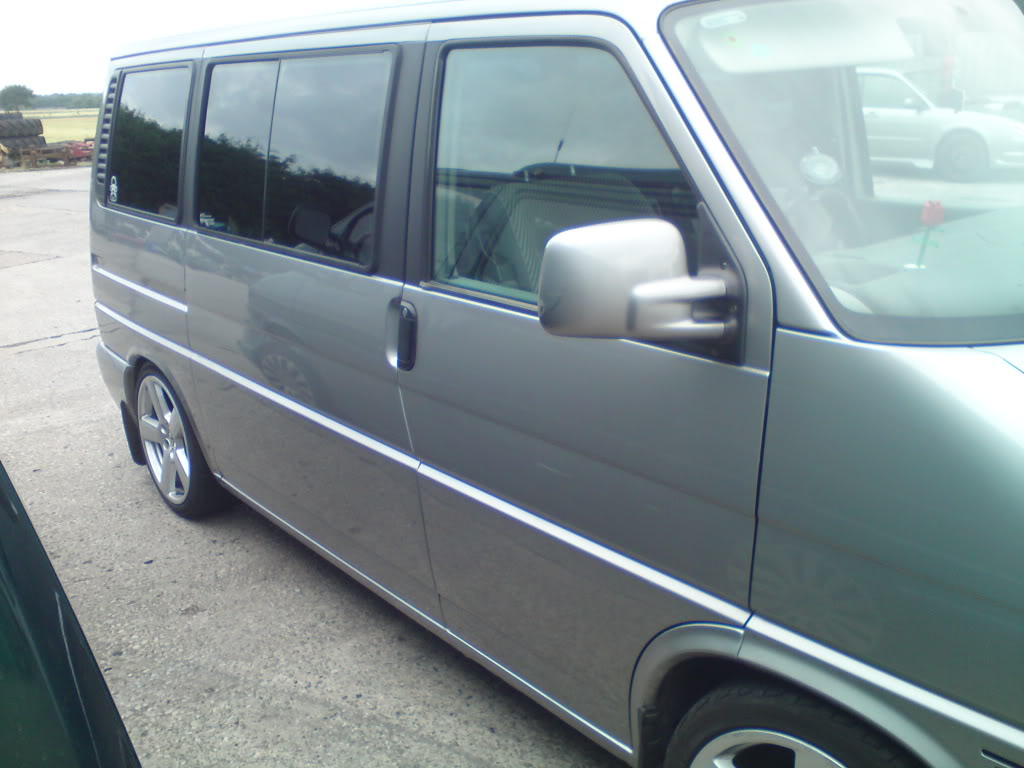 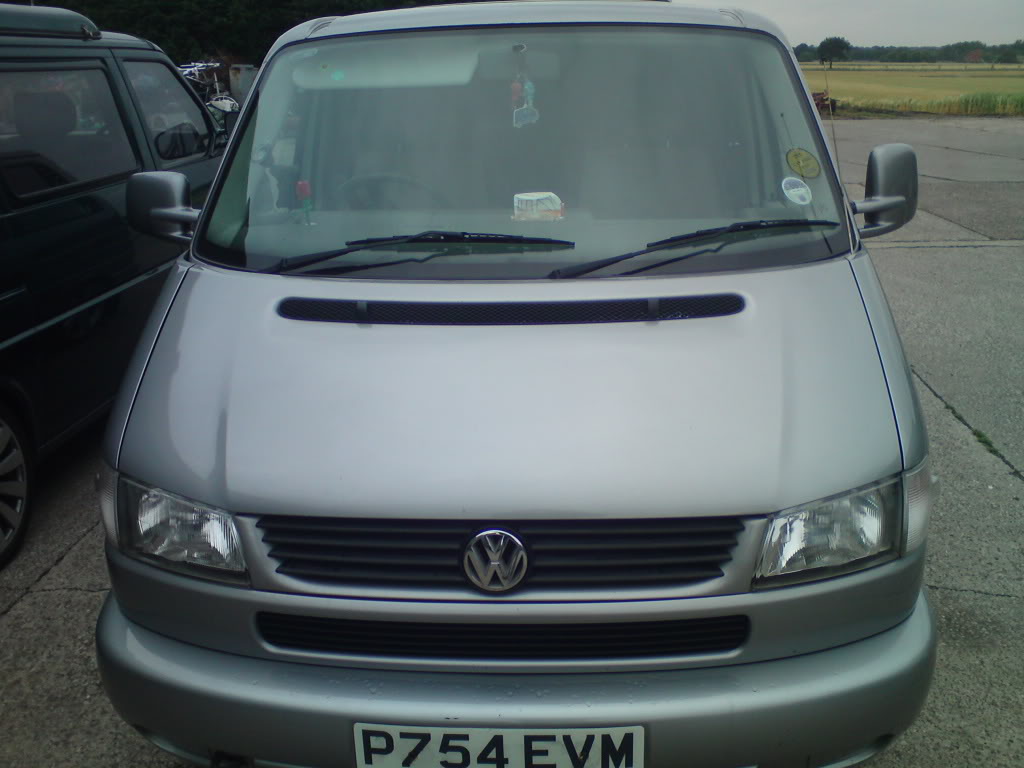 Then the material was cut, weeded (waste removed) and prepped read for application: 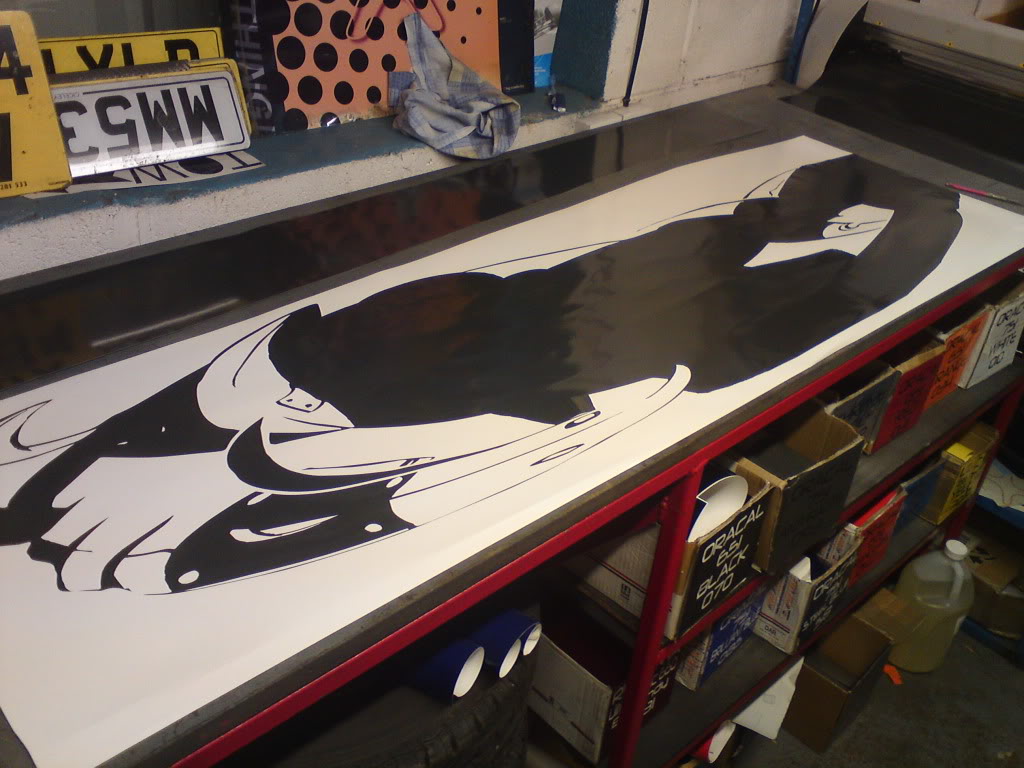 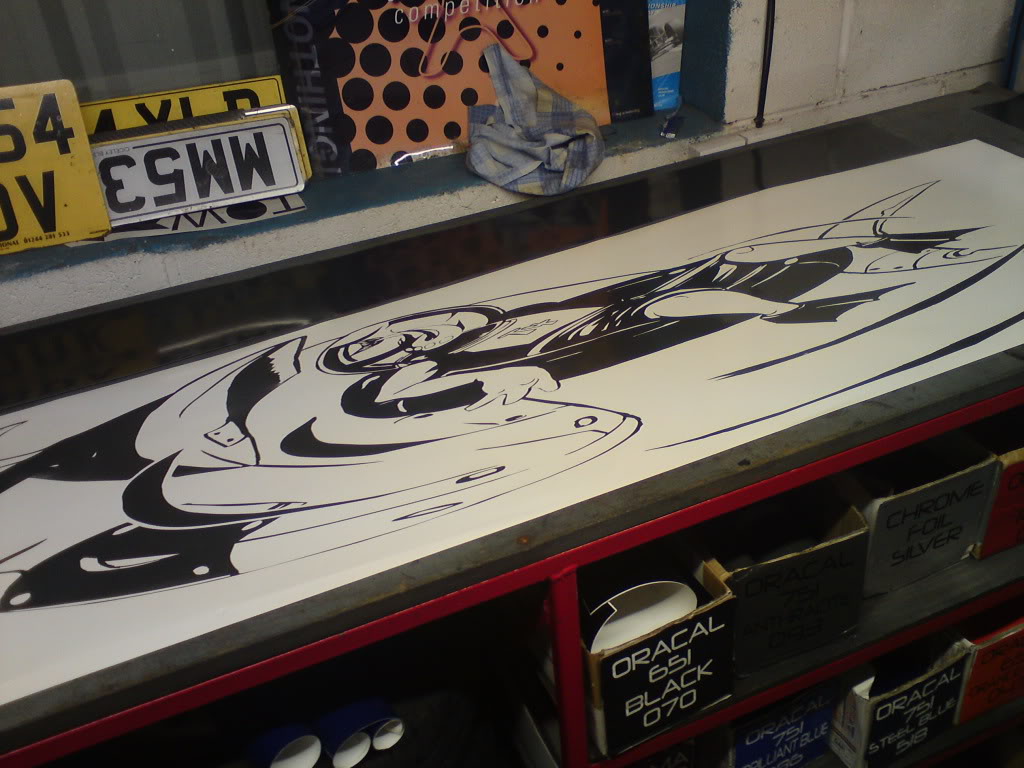 The graphic was positioned: 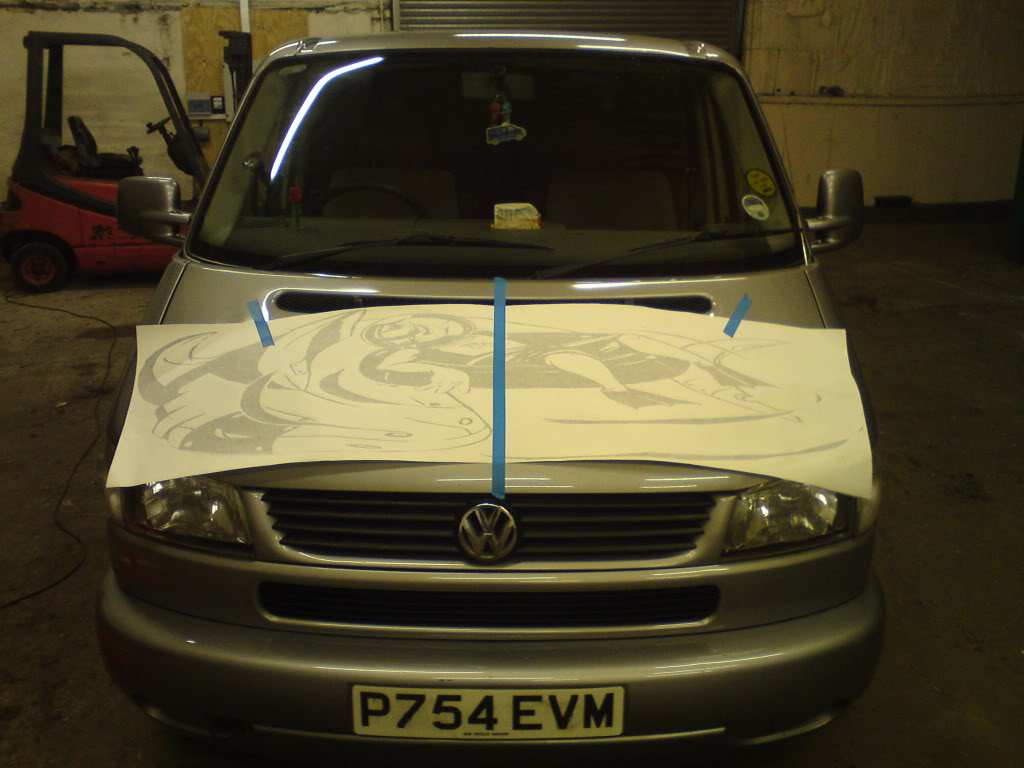 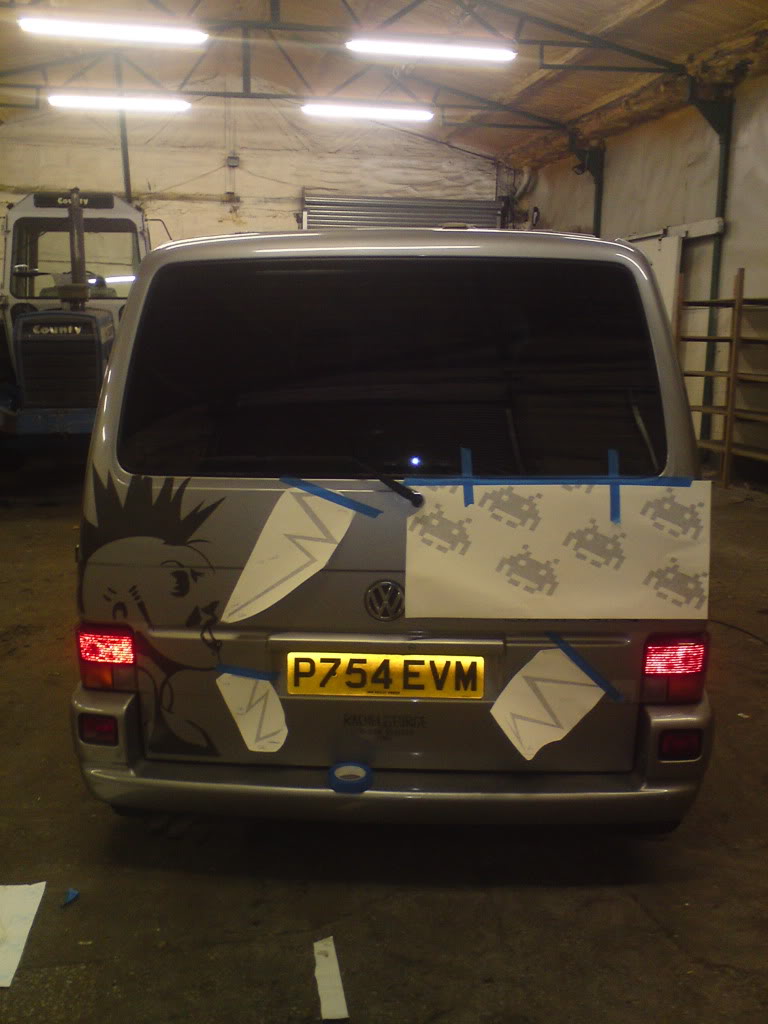 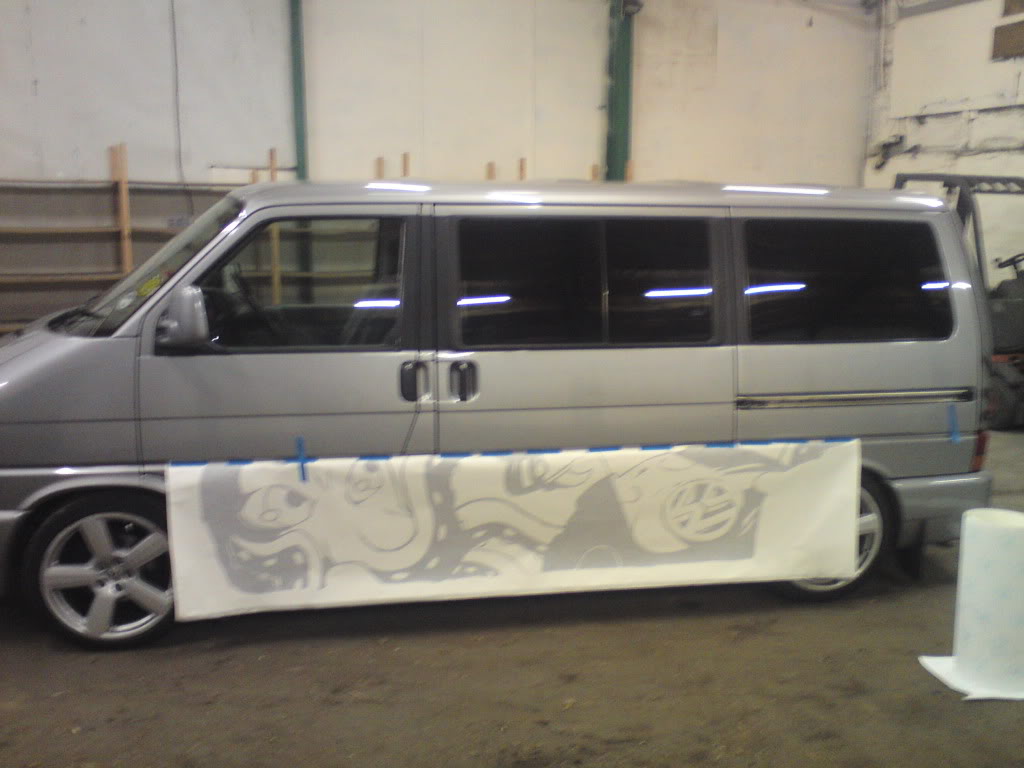 And applied to each side. 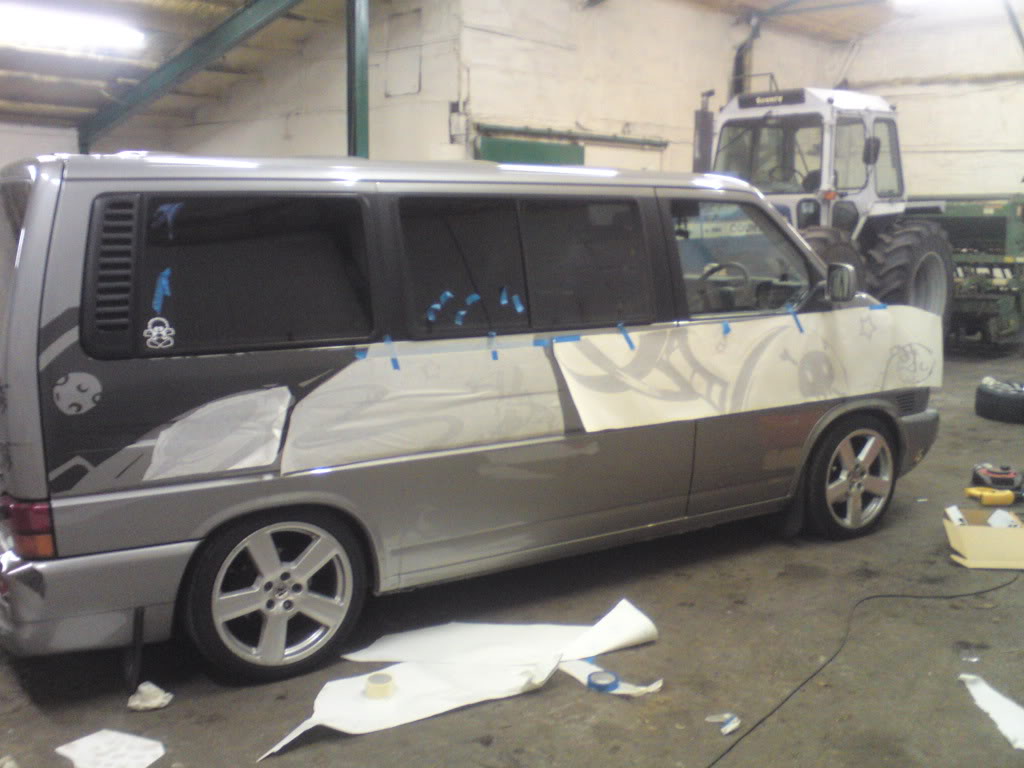 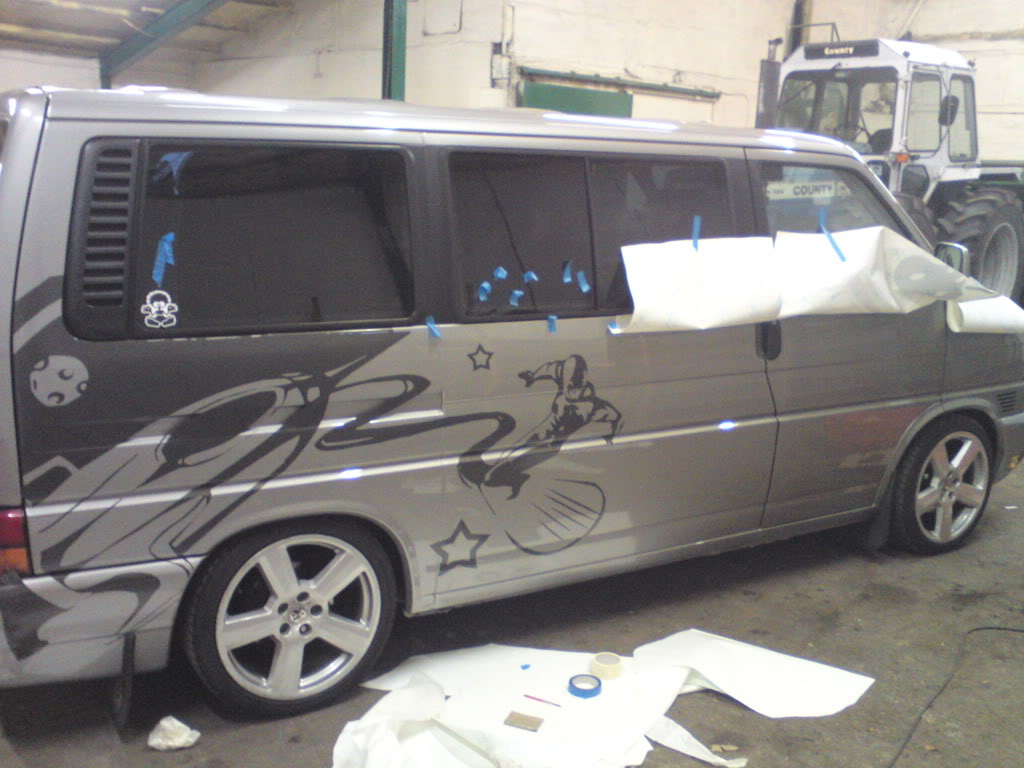 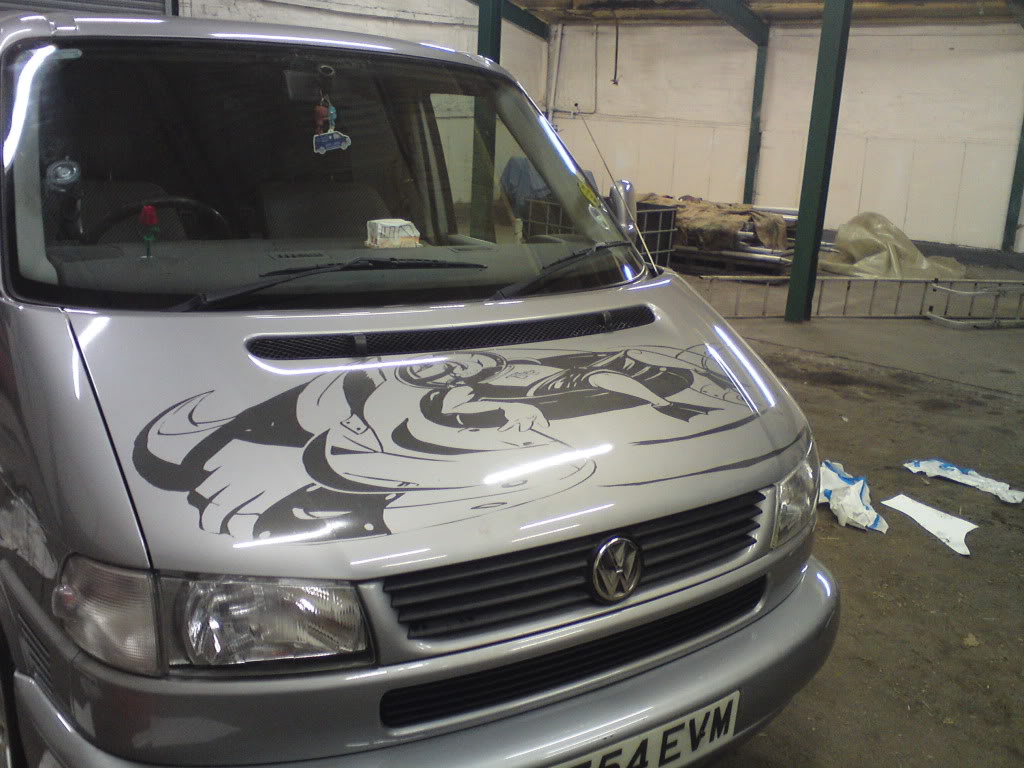 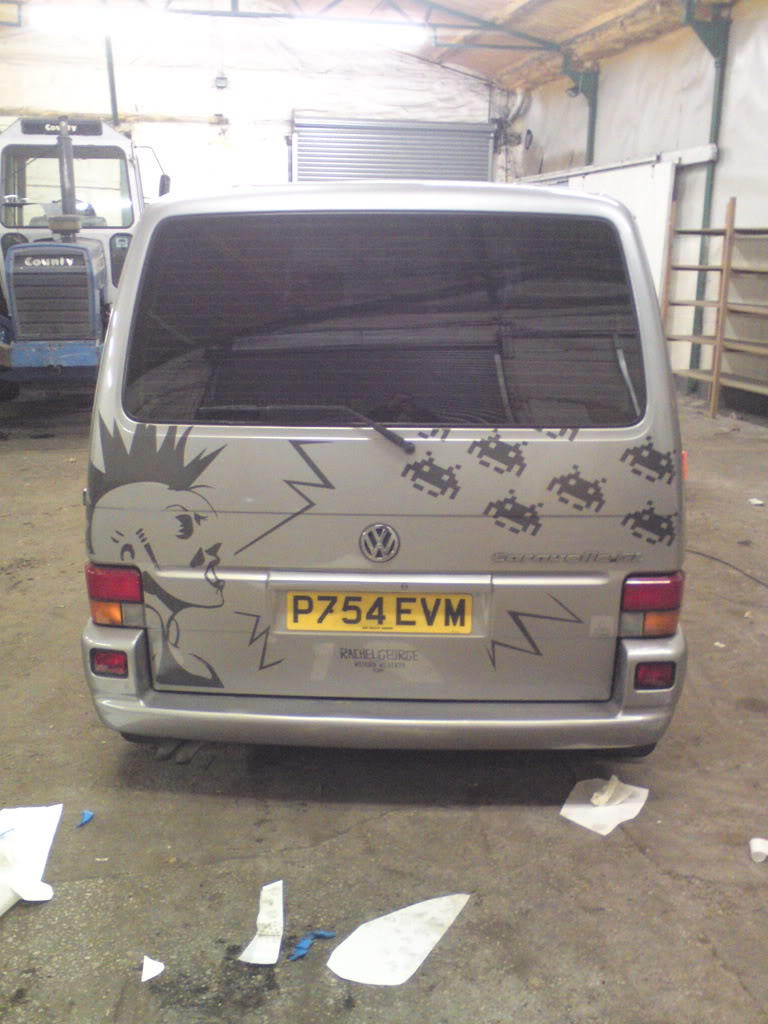 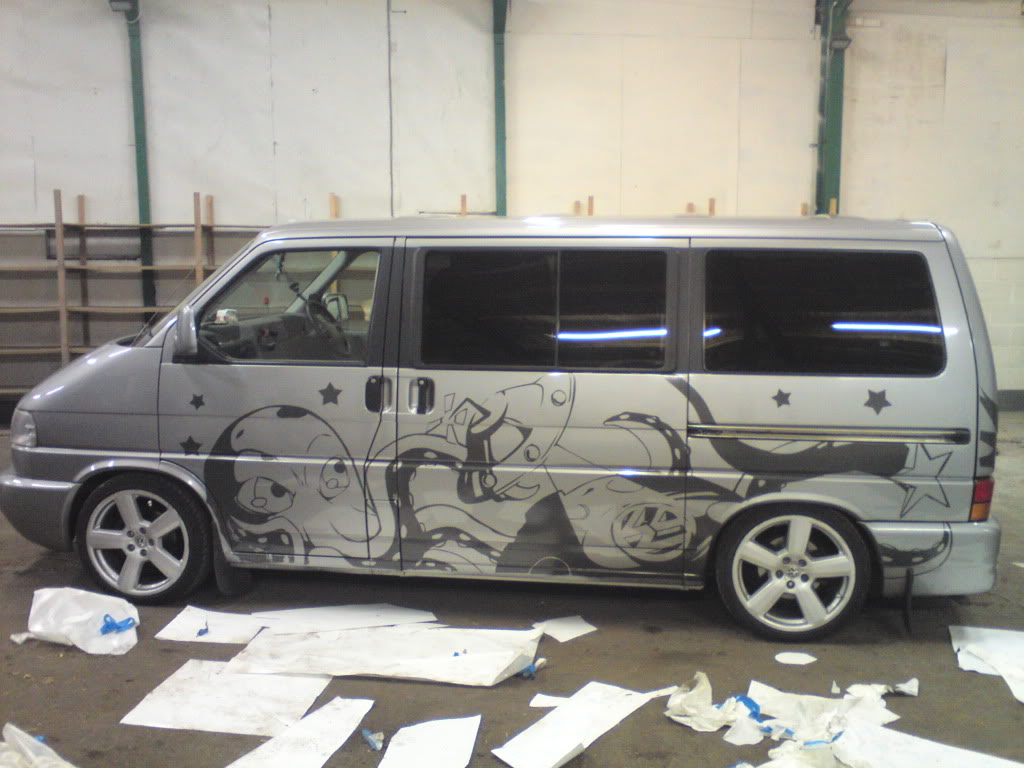 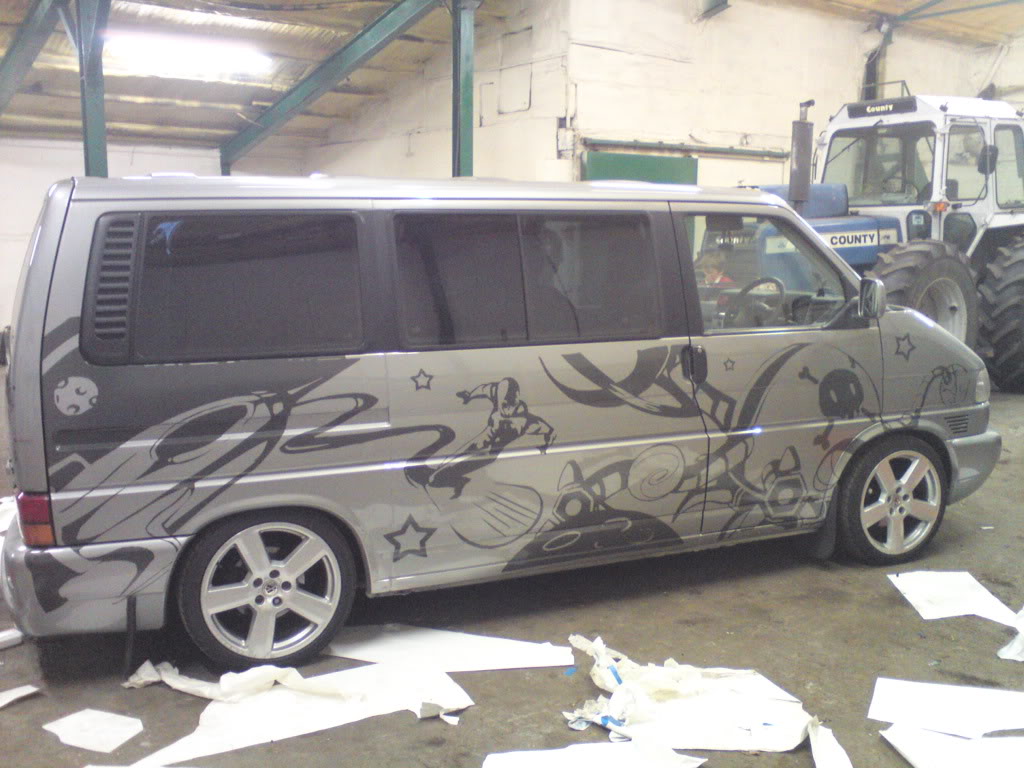 It took a whole day to complete the application, but I’m so pleased with the results, as is the owner – or at least appeared to be.
I’ve really enjoyed this project, and would welcome similar future projects with open arms!

With the Silver Surfer T4 completed, the owner Sarah, returned with her teardrop trailer, for some more of the same: 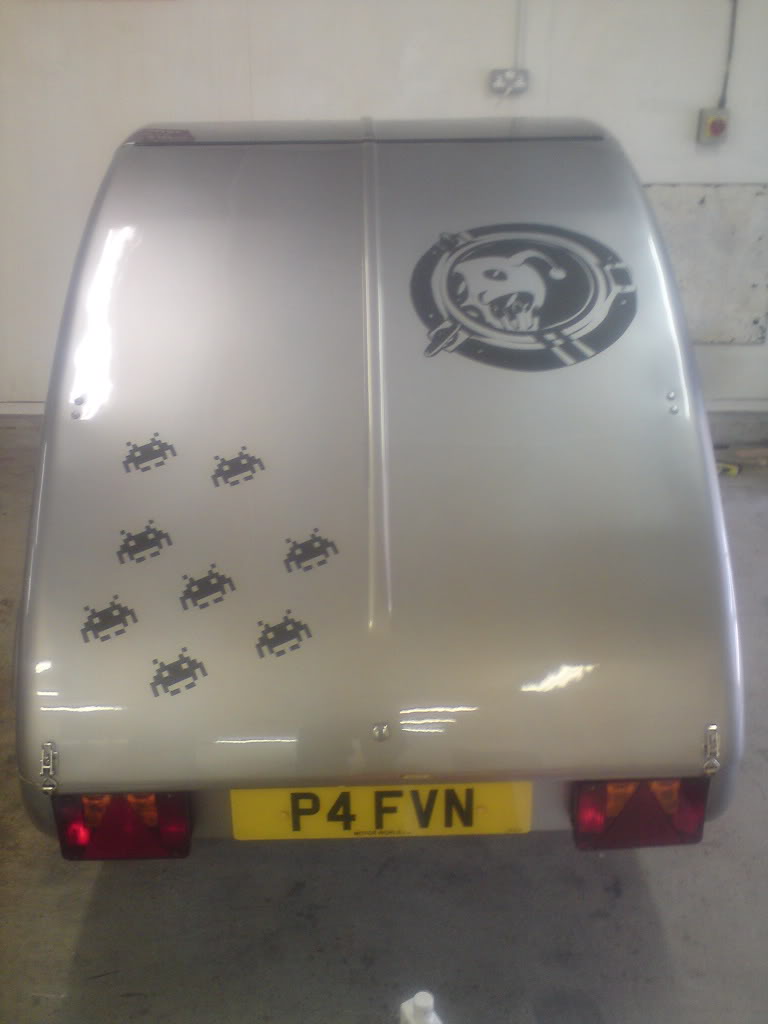 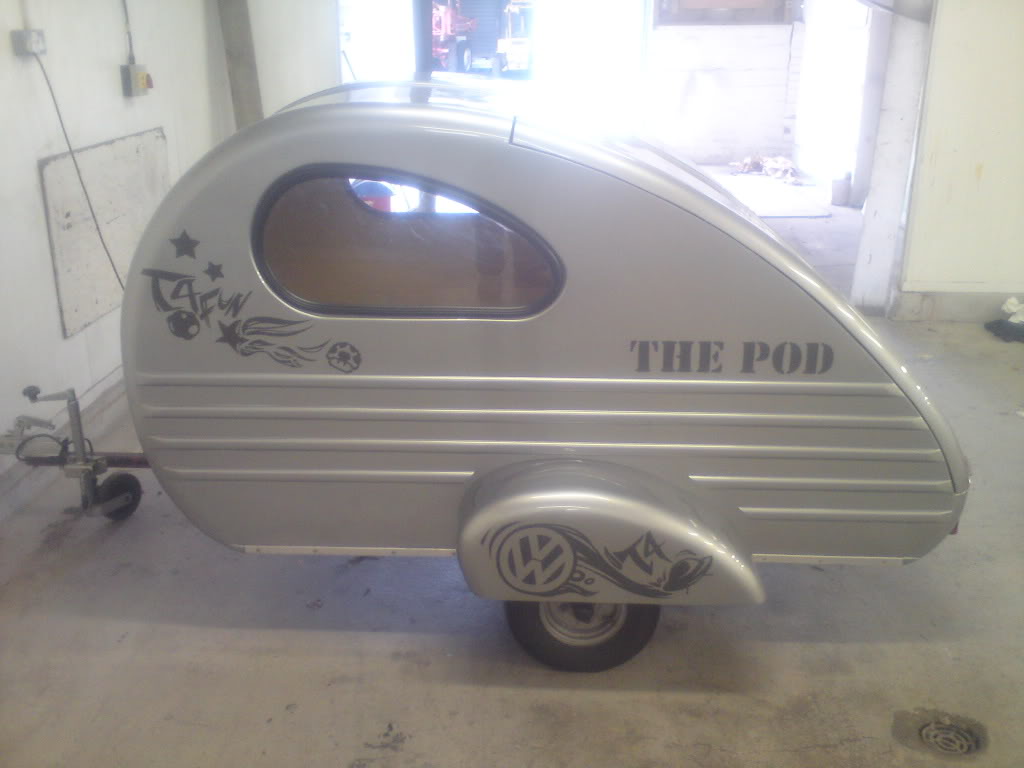 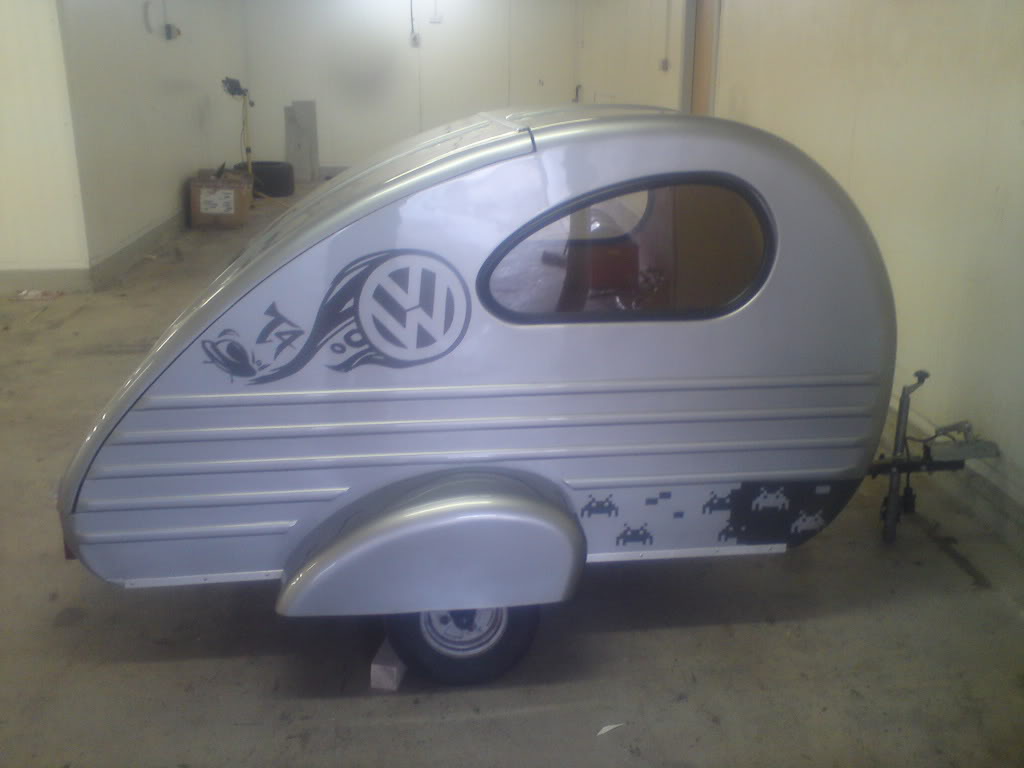 An awesome combination of T4 and teardrop, personailised to the owner.